The Shining is great and amazing and permanent and iconic and all that good stuff, of course, but one thing it has going for it that very, very few other stories ever get is that it instantly activates our imagination—immediately upon hearing the premise, we put ourselves in that situation of being winter caretaker for a remote hotel, and then, before we ever read what King wrote, we’re writing our own stories in our heads: I’d sleep in a different bed every night, I’d make myself sit in place and watch an orange on the table until it started to decay, I’d, I don’t know, write a bloody ending for this story swirling through my head, play catch with myself against the wall of the Big Room, and on and on.

A Quiet Place is that rare story that puts us in that What-If? in the same way. So, IF the world got infected with blind monsters that hunted by sound—and we know from the trailer that’s the set-up—then I’d . . . live by Niagara Falls, I’d wrap my body in cotton balls 24/7, I’d steal all the speakers in town and blast them all the time, ‘hide’ in that great sound, I’d get on a boat, I’d hide in an air balloon, and on and on. Like that, we’re IN this story in the best way.

However? Me? I’d be dead fast, of course. My forty-six year old knees are quite loud, and I don’t know if I could break the habit of popping my knuckles. Honestly, I might go stir-crazy if I couldn’t. So, my What-If is pretty short* . . . however, I DID go into this theater already pretty certain exactly how to defeat these baddies. Which, anybody who’s read this arc (or, origin), they probably had it down as well: 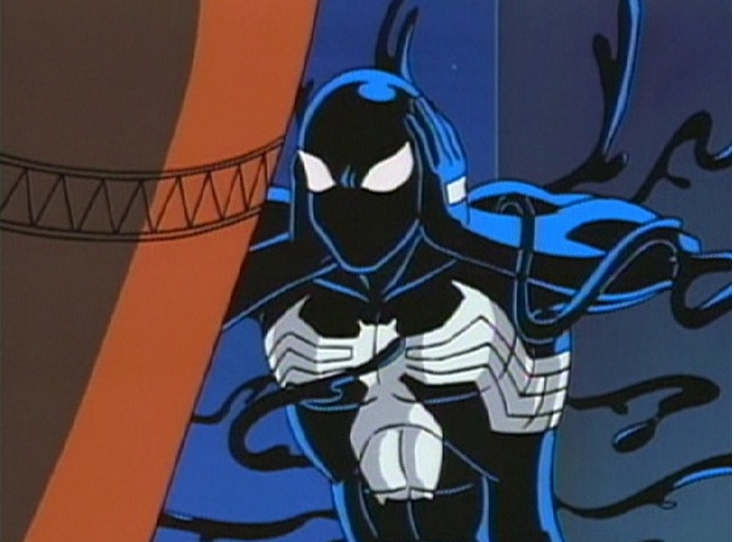 But that didn’t diminish the story even one little bit. A Quiet Place isn’t about the gimmick, the premise. It’s about the protection of the family unit—horror’s transgressive, but that doesn’t mean it doesn’t prize  what we all prize—and the sacrifice that entails.

And the storytelling, man, really impressed. I mean, yeah, there is a sense that someone saw Don’t Breathe, thought that was cool, sure, but what if there were videogame monsters in it, maybe? Or, somebody read Josh Malerman’s Bird Box, which does a similar thing with vision, and decided to skew that over to the land of sound (same as Freddy made sleep dangerous . . . ). But again, this isn’t any kind of ding on A Quiet Place. It’s one hundred percent its own thing, and, I mean, it’s all about the execution, anyway. Ideas are a dime a dozen, if not less. Execution, though, that’s where a thing really comes alive. And come alive A Quiet Place most definitely does, from that initial and brutal and seriously heartbreaking blood sacrifice—horror IS a ritual, and you’ve got to spill blood just right up front—to the sudden pull into the future of this post-apocalypse, where humans are turning into hobbits before our eyes: they run around barefoot, they live underground . . .

As to where these baddies come from? Who cares. Venus probe radiation, let’s say. The only time the monsters’ origin or entry point actually matters in a story is when and if the plucky crew is trying to take it down. A Quiet Place isn’t about saving the world like that. It’s about saving what it can of a family. And it’s tense sound-wise, sure—wonderfully so (tearing pages off my notebook in the theatre was a SLOW process)—but it also wisely places a ticking clock: someone here’s pregnant, and that eventual, marked-on-the-calendar birth is going to change everything. I mean, how to birth a child without making a sound or two, and then, Crazy Cora, how to keep that infant quiet?

But maybe the smartest thing A Quiet Place does is that it erases a whole arc from the story—it economizes itself. This family, instead of having to learn to communicate with learn-on-the-go hand signaling, they instead already know ASL (I presume it’s some version of ASL), from one of the children being deaf. After that blood sacrifice, we fast-forward some 300+ days, I mean. Now we know that that year was spent laying down trails of sand to walk on, trading the car in Monopoly for a felt cut-out, all that. More important, we don’t have to accept, in order for the story to keep moving, that this family can now communicate with each other. Instead, their means of communication is built in. It’s a brilliant . . . I want to say ‘build,’ but really this feels to me like a patch that, a few drafts later, became integral, and led directly to the resolution.

Too? This isn’t some cookie-cutter perfect family, automatically ‘good’ just because what they’re facing is so ‘bad.’ No, there’s deceit and guilt and recriminations; it’s all kind of Blair Witchy, really—which is good. There needs to be external conflict as well as internal conflict, always.

So, yeah, I really dug this one, will be catching it again in the theater, people in tow. My only quibble with it, I suppose**, is that handbrake in that full-size Ford pickup. I mean, granted, I only buy trucks as old as I am, but I’ve been in all kinds, and I can’t think of any truck with a hand-cranked emergency brake all the way over on the hump (in a truck, you’re on a site, you’re using your mirrors, you don’t need to ever be leaning down below the dash to do stuff). But, I guess there’s stranger things than I’ve seen in my philosophy, all that. And it does make that eventual shot frame up a lot better, so I understand.

Anyway, yes, I love the Stranger Things blooming-onion-headed monsters here, and the soundscape is perfect, the tension’s always pulled tight, and, pretty much, everything’s in place. Glad this one’s pulling Get Out levels of critical recognition already, too. Horror’s in a good place this last year, year and a half. Here’s to it lasting a bit longer. 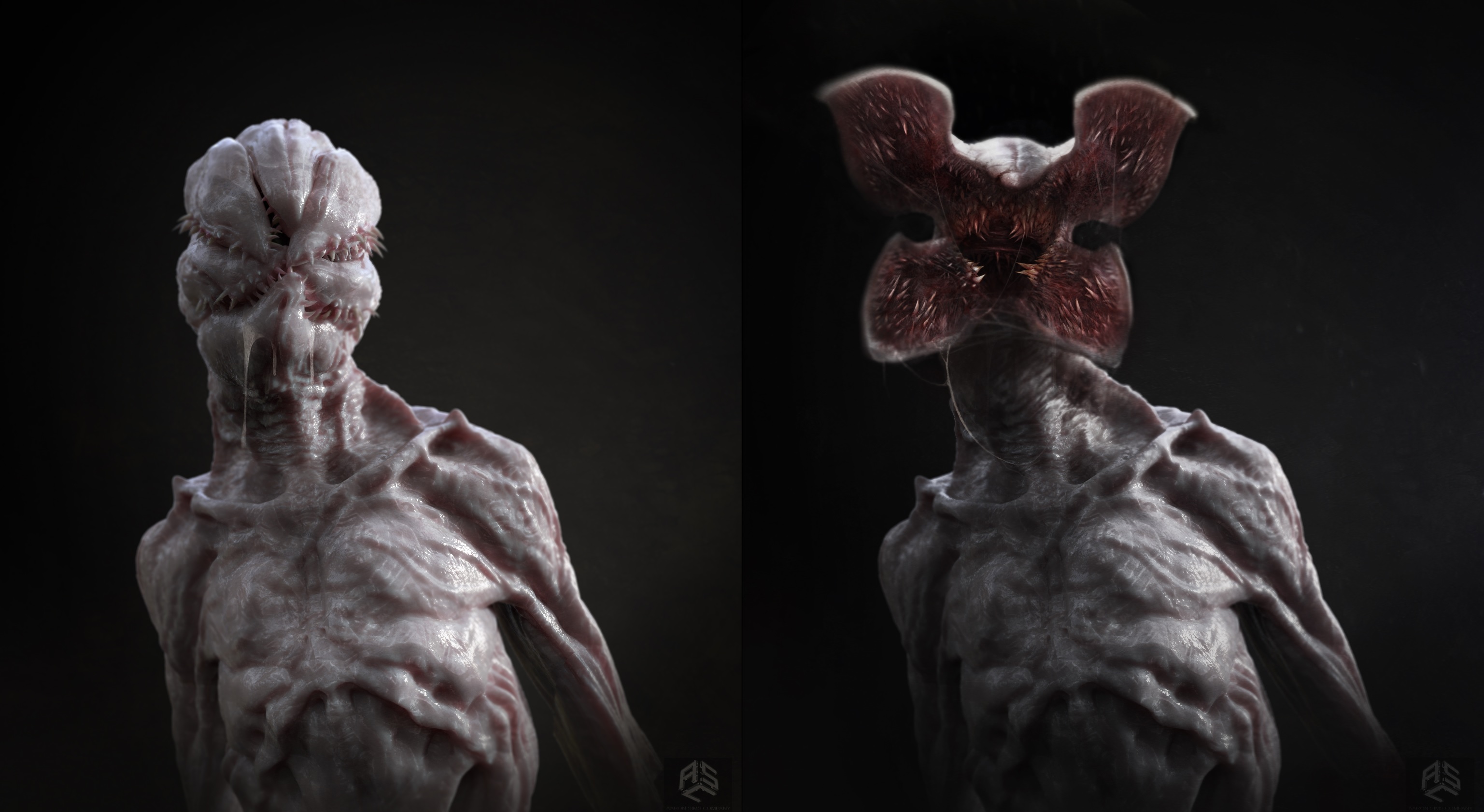 * I should probably say, too: Would I even want to live in a world without Def Leppard? I mean, there’s some Neil Young in this one, sure, but some music, you need to really crank that dial over, rattle the windows.

**other quibble: When our girl with all the gifts here, at the end, does crank that dial so instinctively, I had to wonder why or how a deaf person would be so tuned in to volume dials on a machine she’s never seen? Or, how or why would she even think of that first? However, this could be my limited thinking, too. Somebody please correct me. I mean, yeah, she has her hearing aids, which worked in the past, presumably, but still . . . I love-love-LOVED the gesture, and the closing shot it set up, but I did question its authenticity.