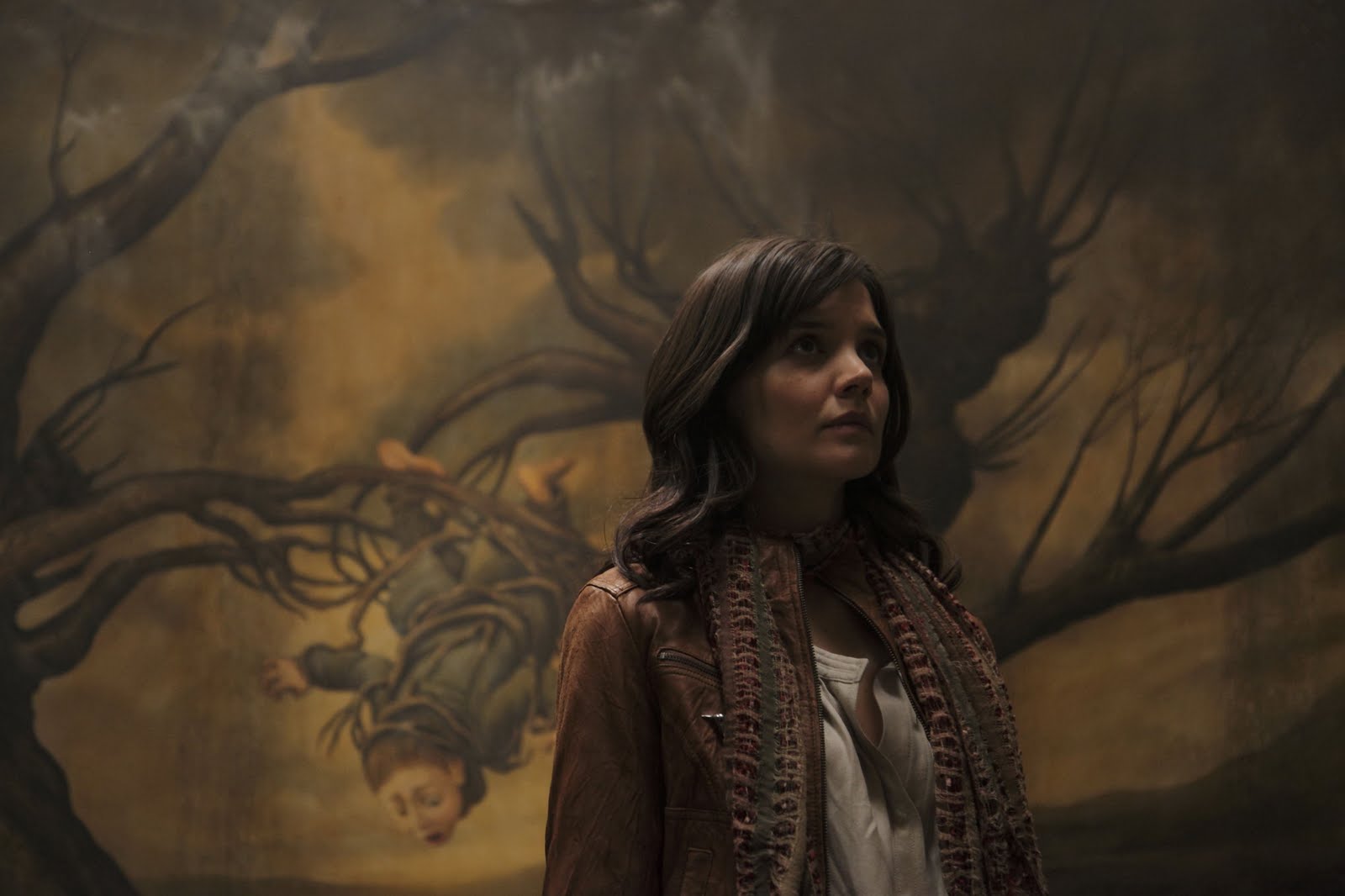 So what if the rats of NIMH got a taste for human flesh? Or, not flesh, exactly, but I don’t want to give anything away. In the way of hints, though, how about: Don’t Be Afraid of the Dark doesn’t not have something to do with Darkness Falls. Where it separates itself, though, is quality. No, this isn’t quite The Orphanage, and it’s a different genre than Pan’s Labyrinth, and we’ve all seen the 1973 original, know that The Gate might have borrowed a thing or two from it (in the best possible way, of course—The Gate rocks), but still, as far as a pretty solid haunted house story, Dark’s got what it takes:

Really, drop those three in a bag, shake well, and what you pour out, it’ll be a haunted house story.

And of course Dark returns to all the stock characters you have to have to properly iterate through a haunted house story:

There’s more, but these are the main ones—these are what Dark’s using, anyway. And very effectively. And, a lot of the remakes you see lately, it’s pretty obvious somebody’s just cashing in on a title (um: Amityville), putting their own stamp on whatever legend, but Dark is one of the few if not only remakes I can think of where the poor quality of the original was pretty much calling for a remake. Not only can we do effects better (the creatures rock this time around), but, for my money, the original was pretty ridiculous. Granted, it was for television, so had various constraints on it—del Toro says it was the scariest thing ever on TV, right?—but just the essential update of adding a kid to this mix, man. It makes the story actually work. I mean, it feels a little Spiderwicky at times, but that’s not bad, either.

No, my only complaints about this Don’t Be Afraid of the Dark—a cool title, as the story’s convincing you otherwise—are:

The final question with Don’t Be Afraid of the Dark, though, I don’t need any bulletpoints for. It’s the main and only question about all horror: does it scare you?

Not much, no. It’s got one excellent startle scene that really works, but what finally keeps it from being scary, inducing dread, all that, it’s that this is a story happening to some ‘them,’ a them we can’t very much identify with. Somebody who can buy a multi-million dollar place just to flip it. Somebody who’s worried about making the cover of Architectural Digest instead of  putting food on the table. Maybe this is the source of The Amityville Horror’s staying power? That those are real people mired in the worst prose ever committed to the page? But, also, all haunted house stories are themselves victim to Eddie Murphy’s question: Why not just leave the house the first time something bad happens? It’s not complicated. Which is of course why we usually have somebody infected with ‘scientific curiosity’ or, as here, simple greed: we need an explanation for their stupidity. And the disbeliever is the one always asking for it by insisting that nothing’s going on, that all is well.

We know the genre we’re in, though. All the smart people, they left when that dinner party got a little too freaky. Leaving just the stupids for the house to bat around. We wouldn’t have it any other way.