An Amazon short, “Gabriel.” Would say something about it here, but I think it’s all allready1 there. Only thing I didn’t say to/for them, I guess, was that, when I 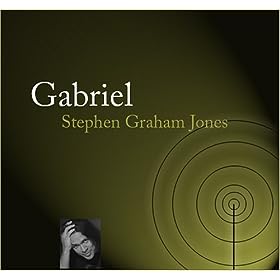 read their guidelines and saw that there was a 10,000 word cap, I of course scoured my story directories for something just a touch over that, on the idea that more words for two quarters is a better bargain than less words for two quarters. Kind of the same way two scoops of ice cream for the price of one scoop is more attractive. Not that I eat ice cream, or condone the eating of ice cream, or am even peripherally related to the ice cream industry or any of its many corporate sponsorship opportunities.

Aside from “Gabriel” then, which I really love (can’t believe I just said that word on-line) and which is really really not autobiographical, except in all the usual senses,2 I’m just still banging away at Against the Day. Nearing that ‘only 300 pages to go’ mark. And yeah, like Loverboy said once and forever: lovin every minute of it. Like they also said, however: everybody’s working for the weekend. ‘Everybody’ there being me, the reader, and ‘work’ being reading. Which is to say yeah, some of the math-indulgences, they do feel a bit chorelike, and make you feel like you’re sludging and trudging through some Beckettian . . . I don’t know: morass of muck or something (I’ve consciously repressed all my Beckett, I’m just now discovering). But then Pynchon’ll do some perfect little turn, he’ll compress a whole scene down to a clause then stuff a ukelele (sp?) down the throat of some bad-idea set of cartoon lyrics, and bam, I’m right there again, plugging along at some model A version of fast, which is rough and loud and uneven, and kind of sad as everybody’s passing you, but maybe it’s a more authentic ride. So long as you can tune in some Loverboy anyway.

Wait, wait, almost forgot: before slamming up the icy roads to Utah last week, I wrote another screenplay. Just all kinds of fun. Still keeping the title close, though. And, really, I think I’ve just got to stop writing for a few days, get some kind of film agent. Because, if I understand how these things work, studios don’t send bots out into the meat world to page through people’s files, find stuff. You actually have to take a step or two yourself. Anyway, that’ll be my early New Year’s resolution: to remember to rig a query letter together. Maybe even follow Ms Snark’s advice and make it not a terrible one.

1 yeah, that’s an Only Revolutions-stained ‘already’

* don’t know why anybody’d be interested in this but me, so won’t even really footnote it: that sentence up there, “So long as you can tune in some Loverboy anyway.” Isn’t it just so different from “So long as you can tune some Loverboy in anyway”? I could never say it that second way, I don’t think. And I could make all kind of arguments about keeping the preposition by the verb, etc, but, really, I think it all just comes down to taste, which has to, in this case, just be some function of what you grew up hearing — what I grew up hearing. But I’m about to get lost in some toward/towards labyrinth, I can tell, when what I need to be doing is finishing AtD. Who knows, too, maybe this could be the night (/end that).